Myth and Superstition about Swallows

There are many superstitions about swallows. 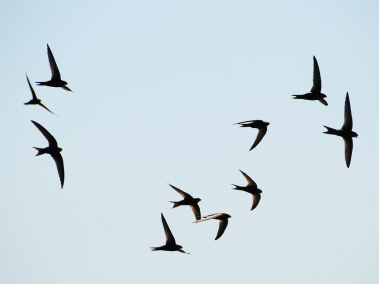 The swallow was sacred to the Greek goddess Aphrodite who was goddess of love, beauty and pleasure.

The swallow is known by some as 'the bird of freedom'' as it is free to travel over many hundreds of miles passing over seas and many lands, returning each year to the very nest it was hatched in.

Make a wish on the first swallow of the summer and it is sure to come true!

A swallows nest built in the eaves of a house is considered to be extremely good luck bringing success, good fortune and happiness. And to remove a swallow's nest is said to bring sadness and loss into the home.

The appearance of thirteen swallows at sunset indicates a death is imminent.

In Greek mythology, outlined in Ovid's Metamorphoses, Philomela and her sister Procne were daughters of Pandion, a king of Athens. The sisters were parted after Procne married Tereus, king of Thrace and went to live with him in his kingdom.

After five years the sisters wanted to reunite, so Tereus agreed to go to Athens and bring Philomela back to see Procne. On the journey back to Thrace Tereus lusted after Philomela and eventually raped her. He then cut out her tongue so she would remain forever silent about the brutal crime and hid her in a cabin and told Procne that her sister was dead.

Unable to speak, Philomela wove a tapestry that told her story and had it sent to Procne by an old woman. When Procne saw the depiction in the tapestry, she asked the woman to lead her to Philomela to rescue her.

Procne took revenge on her husband by killing their son Itys and serving him to Tereus for supper. The sisters then presented him with the severed head of his son. He became enraged and  snatched up an axe and pursued them with the intent to kill both Procne and Philomela. The sisters prayed to the gods for protection who transformed them all into birds. Tereus became a hoopoe, Philomela a swallow and Procne became a nightingale.

In nature the Hoopoe has an impressive crown of feathers. 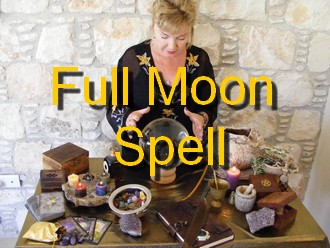 Your chance to change your destiny:

You may want a Full Moon Spell to:

Allow money to flow to you

Allow a business or career to prosper and grow

Reunite with an ex lover

Change your bad luck to good

Or any positive purpose you may have

Sharing is Caring! Please share it with your friends!

The law requires me to state that the contents of this website are for entertainment purposes only.
Psychic, tarot and spell casting services cannot be a substitute for professional, legal,
medical, financial or psychiatric advice/care, where appropriate.

© Copyright All Original Content 2006 – 2021 Alizons-psychic-secrets.com. All Rights Reserved.
Reproduction in whole or in part without permission is not permitted.